Meningitis is an inflammation of the meninges, the layer of tissue that surrounds the brain and the spinal cord. The three types of meningitis most commonly heard of are bacterial, viral, and fungal. You can also get parasitic meningitis and meningitis from other causes, such as cancer, tuberculosis, and even chemicals, to name a few. 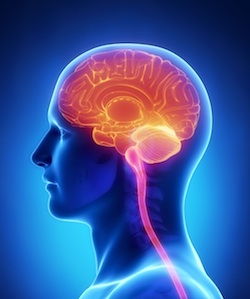 Meningitis due to an infection can cause sepsis. Sometimes incorrectly called blood poisoning, sepsis is the body’s life-threatening response to infection. Like strokes or heart attacks, sepsis is a medical emergency that requires rapid diagnosis and treatment.

While there are several types of meningitis, this information section describes the three most common ones.

Bacterial meningitis is the most severe type of meningitis. The bacteria pass from person to person. According to the Centers for Disease Control and Prevention (CDC), the most common types of bacteria that cause this infection in the United States are Haemophilus influenzae (most often caused by type b, Hib), Streptococcus pneumoniae, group B Streptococcus, Listeria monocytogenes (in newborns), and Neisseria meningitidis.

Statistics show that between 2003 and 2007, there were approximately 4,100 cases of bacterial meningitis each year in the U.S. Five hundred cases per year result in death.

Viral infections are the most common cause of the infection but viral meningitis is not usually as severe as bacterial meningitis and people generally get better without treatment.

Although anyone can come down with viral meningitis, children under 5 years old and people who have compromised immune systems, either from illness or medications taken to treat some diseases, are at higher risk.

Viral illnesses such as mumps and influenza (the flu) can lead to viral meningitis.

Symptoms can come on very suddenly. They include:

Other symptoms can include:

Symptoms may be difficult to determine in very young children as they may not be able to tell you what is wrong. Signs that they may be ill can include irritability, difficulty waking, difficulty feeding, and fever.

Acute meningitis is a medical emergency and needs treatment in a hospital.

Aside from the symptoms, doctors must do a few tests to make an accurate diagnosis. They may include: 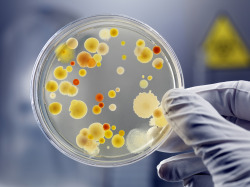 Treatment with antibiotics for bacterial meningitis must start as soon as possible. According to the CDC, “Appropriate antibiotic treatment of the most common types of bacterial meningitis should reduce the risk of dying from meningitis to below 15%, although the risk remains higher among young infants and the elderly.” In some cases, patients may receive medications called corticosteroids to help reduce the inflammation of the meninges.

Antibiotics do not help in cases of viral infections.  Doctors monitor people with viral meningitis. Most recover completely within seven to 10 days.

Anti-fungal medications, given by intravenous (IV), treat fungal meningitis. Depending on how severe the illness is, the treatment can be quite lengthy.

The HiB vaccine (Haemophilus influenzae type B) and pneumococcal vaccines are recommended childhood vaccines. These routine immunization are given regularly to children in many countries, including the United States.

The HiB vaccine was introduced to the United States in the 1980s. The vaccine is three or four doses, depending on the brand given. The CDC recommends that children receive the first two doses at two months and four months. Some brands then have a third dose at six months. A final dose is at 12 to 15 months. Since the vaccine has become routine, the incidence of severe HiB infections has dropped by 99 percent.

The pneumococcal vaccine prevents infections caused by Streptococcus pneumoniae, which can cause meningitis. Children receive the vaccine in early childhood in four doses: at two months, four months, and six months. A booster shot is at 12 to 15 months. 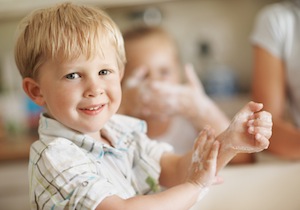 A pneumococcal polysaccharide vaccine may be given to anyone over two years old who has an illness that affects their immune system and to people over age 65.

Bacterial meningitis from Neisseria meningitidis spreads through close contact, such as kissing or sharing glasses and utensils. Good hygiene practices, including proper hand washing, will  decrease the chances of spreading the bacteria. If you were in close contact with someone diagnosed with the bacterial infection, speak with your doctor. Sometimes, antibiotics may prevent illness.

Meningitis, particularly bacterial meningitis, can cause sepsis, which can develop into septic shock, resulting in death.

Survivors may recover completely, while others may have complications such as hearing loss, seizures, and more.

I woke up with pain. Daughter took me to ER. I thought I was having a heart attack. Pain across shoulder blades and neck. ER doc misdiagnosed me and sent me home same day. He did only tests to rule our heart attack. No blood work done. He sent me home with diagnosis of muscle spasms and a prescription for valium. Sepsis was already in my body. A day or 2 later I fell in bathroom, hit my head. I came to and could not move. I was completely paralyzed. My organs were all shutting down. The only thing that ... Read Full Story

My daughter Kayla was your average happy, thriving, healthy 10-month old little girl. Just took her first few steps a couple of weeks prior, saying “mama”, “dada” and a few other little words only a parent would understand. She was stumbling around the furniture, having tantrums and playing happily with her siblings. We went to a bonfire display on November 5th and didn’t think anything of Kayla sleeping through the whole display. The next day Kayla appeared unwell, nothing serious just general wingy, bit of a temperature, the usual wintertime illness to be honest. That evening dad went to the ... Read Full Story

Addison was born at 35 weeks. At 5 weeks old she felt warm and I took her to an urgent care where they took her temperature on her forehead, I said she is under 3 months can you please take her temperature rectally, I was told they didn’t have that ability. They said she didn’t have fever and she was okay. I felt uneasy with their call, I drove her to the ER where she was diagnosed with bacterial meningitis and sepsis. She had S. gallolyticus. (Sepsis and Meningitis) She was transported to the PICU where she fought for her ... Read Full Story

I was found crumpled down on our floor in the bedroom. My husband apparently tried to rouse me to get me up. When he was unable to, he went out to the living room and asked our 16-year-old son to try. Our son told dad, You need to call 911! This happened in mid-March. An ambulance came and took me to our local hospital. 4 hours later, I was LifeFlighted to a bigger hospital to continue my life saving care. I was totally out of it, with no awareness for quite a while. Fully diagnosed with meningitis B, sepsis and ... Read Full Story In March 2017, I was diagnosed with stage 4 kidney disease with a dead kidney on my right side. The decision to remove the dead kidney was put off as I was otherwise healthy for a 66-year-old. I work in the oil fields of South Texas as an Emissions Technician. I was working my last hitch in the field around Laredo in July 2017. It was brutally hot. I remember finishing up on Thursday evening and going to work on Friday for half a day. I do not remember anything else until I woke up in the ICU and my ... Read Full Story

Meningitis is an inflammation of the meninges, the layer of tissue that surrounds the brain and the spinal cord. The three types of meningitis most commonly heard of are bacterial, viral, and fungal. You can also get parasitic meningitis and meningitis from other causes, such as from cancer, tuberculosis, even chemicals, to name a few.